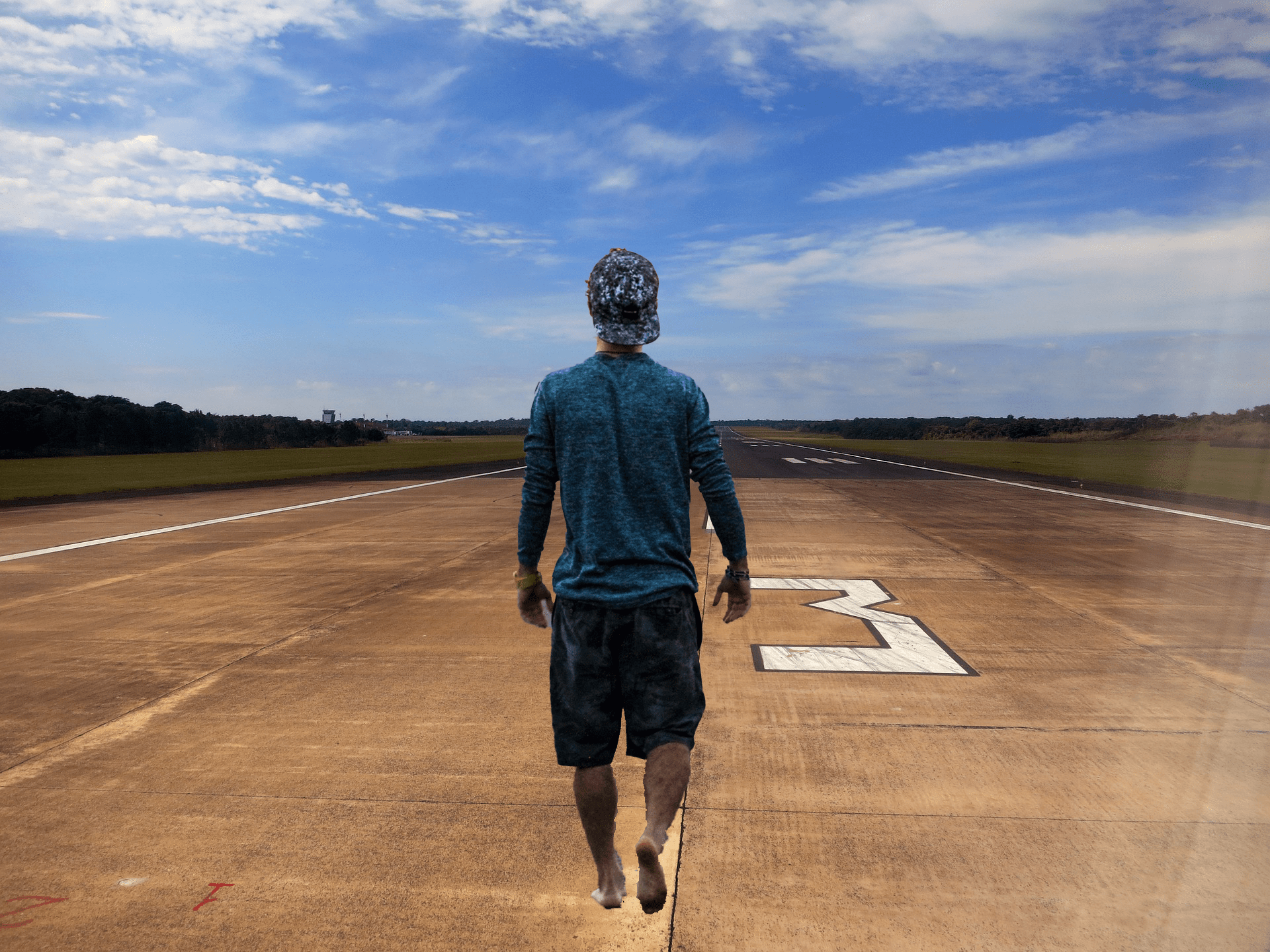 Aviation is deeply engrained in the lifestyle of many people in the Global North. Decades of advertising and campaigning by the industry lead to a view of flying that is connected to freedom and an open minded society. But with the rapidly escalating climate crisis this picture is beginning to crack. It becomes visible what aviation really is: The most unjust mode of transport and a main driver of the climate crisis. Now, it’s more important than ever to talk about transport and the climate in a way that is not just in line with the scientific facts, but also in a way that unveils the green lies of the industry and paints a picture of a future mobility that is socially just and respects planetary boundaries.

On the 30th of January 2020, we dedicated a webinar to the question: „How do can we tell stories about the problems of aviation and alternatives, so they reach, inspire and empower people?“. The content of the webinar was input by Stay Grounded communication campaigner Manuel Grebenjak, and co-founder and press speaker of Stay Grounded, Magdalena Heuwieser, as well as discussion between all participants.

“What tiles are to mosaics, stories are to narratives.”

To effectively craft stories and frame our message, it is helpful to clarify and understand some terms: What are narratives, and frames, what is storytelling. At the beginning of the webinar, these notions were explained. In short: Narratives are ways to explain (an aspect of) our world in a certain way. They are formed, reinforced and contested by stories every day in our minds. In order to change the discourse fundamentally, dominant narratives – like the growth paradigm and its alleged benefits for society – have to be contested. This is can normally happen through smaller stories. We talked about the expansion of an airport and its negative consequences as well as an assumed struggle against it. Stories like such an anti-airport struggle have different dimensions. According to the Center for Story-based strategy a good story should include the following five elements:

Framing: Our language should match our values and believes

What is meant by “framing”? We should not use the same terms, the same frames, when talking about an issue – if we do, we stay in the dominant narrative. For example, talking of “tax burden” creates the feeling that taxes are heavy and horrible. If we talk of tax contribution, instead, it creates a positive association – it’s something that is necessary for a functioning society. Or take “global warming”: Warm is a nice, positive frame. It’s therefore better to speak of “global heating” or the “climate crisis”. Language activates pictures in your mind, so it’s important to choose the words wisely.

Found your stories on morals

According to the moral foundations theory by Jonathan Haidt, how we react emotionally to certain stories and frames we hear is based on six moral foundations. So clearly talking about the values that stand behind what we do and want, is highly important. The foundations are: care, fairness, loyalty, authority, sanctity and liberty.

When talking about aviation, it’s important to think about the story we want to tell. How do we achieve that people don’t feel “shamed”? Or that people feel that not flying is a “sacrifice”? How to achieve that the debate shifts, that people like grounded travel, looking forward to a future where our children can still travel.

Do we want to talk about the positive alternatives? The report “Beyond Flygskam” actually has another finding: Most people stop flying not because they heard positive stories about non-flying travel, but because they realized that flying is worse than they thought. Flying already is responsible for 5-8 percent of global heating.

So yes, let’s tell people that we’re flying straight into climate breakdown – if we don’t reduce flights and end the privileges of the aviation industry. Avoiding that people feel shamed can be done by pointing out that it’s understandable that people fly: It’s often cheaper than climate friendly alternatives, some have families abroad, and everyone (apparently) does it. Still, by building a movement we can manage to change the rules of the game: Make those pay who fly excessively through a frequent flyer levy or make trains cheaper than planes. Also, funny and cool messages can help making the grounded people appealing: Penguins will be the symbols of the new grounded movement, the “Let’s stay grounded!” campaign wants to trigger – because “The coolest birds stay on the ground”. Join the #PenguinsForFuture!

As Stay Grounded we have some main messages, we try to speak about in every interview, presentation, article etc. We want to spread them as widely as possible and use always the same pictures and metaphors and speak to certain values.

Aviation’s climate impact is much worse than we thought

Greenwashing is no solution – we have to reduce flying

Here, you can find the slides of the presentation, here an overview of all Stay Grounded webinars so far and there is a playlist with all our webinars on our Youtube channel.