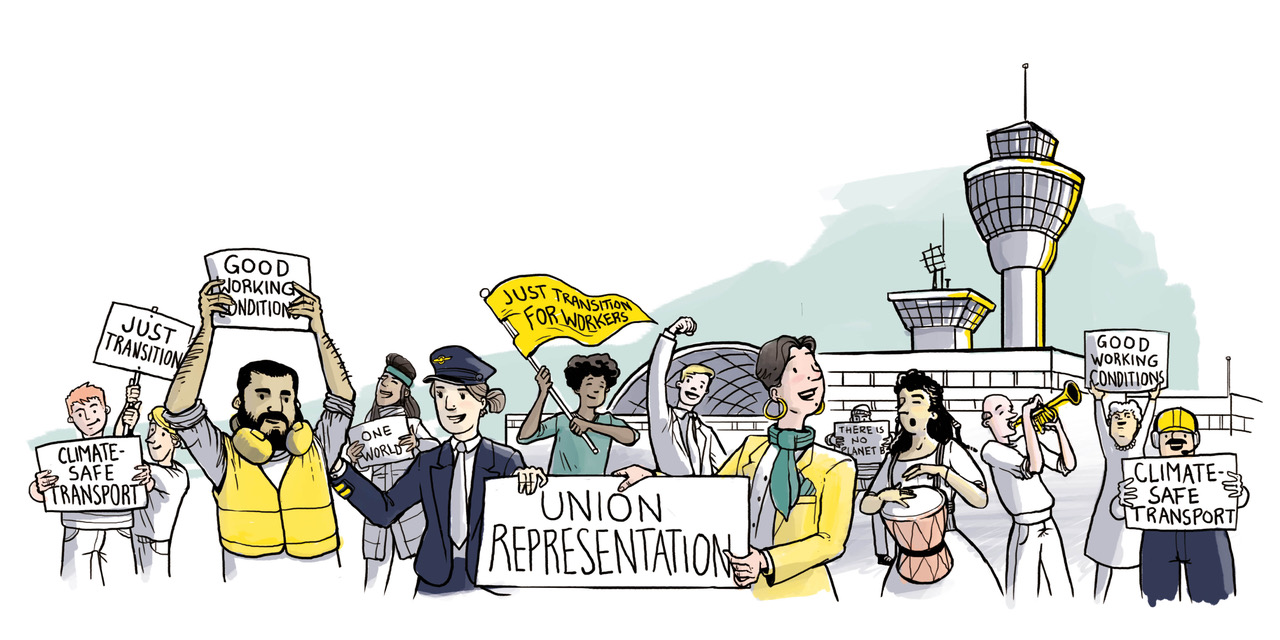 Climate campaigners are coalescing around an agenda of no expansion of airports and the need for a long-term reduction of aviation. However, not all of these campaigns have incorporated worker perspectives to better understand the impact on jobs and changes to local and national economies. Jobs are one of the main industry arguments for airport expansion and aviation growth. Having a good answer, making the case for worker’s rights, and building solidarity will be key for the success of any campaign.

The guide builds on some key reports, like the Just Transition Discussion Paper published a year before, and is further informed by interviews with trade unionists and workers in the aviation sector. 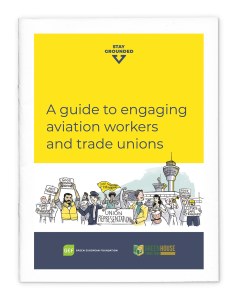 Aviation, unlike some other high-carbon sectors, is still expanding. Yet the Covid-19 pandemic saw at least 400,000 jobs lost or in jeopardy at airlines alone. This makes the very notion of any further transition, never mind a ‘just transition’ – the safeguarding of workers’ livelihoods as the sector faces up to the climate crisis – contentious. However shaky the promise of aviation’s continued growth might be, opposition to airport expansion is perceived as an overt attack on the potential for both job creation and job preservation within the sector. With airports presented as anchors of local employment, often amid a sea of fragility, a threat to an airport is considered a threat to an area’s future prosperity (particularly where there is municipal ownership and investment in an airport). As a result, workers and activists have found themselves on opposite sides of the argument on aviation and the climate. Neither benefit from this estrangement. 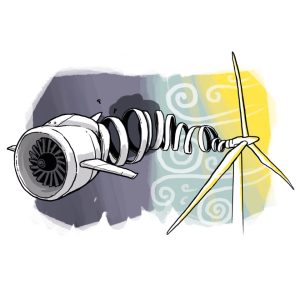 A just transition needs workers and trade unions as its agents for change. It needs their expertise, their skills and their democratic engagement. Climate and environmental campaigns suffer from a lack of dialogue with workers and trade unions. Without it, demands risk ignoring the interests of those currently dependent on the sector. This group includes not just those directly employed by it, but their families and wider communities. There is an argument – deployed to great effect by airport owners – that campaigners don’t care about the livelihoods of working people. Collaboration can highlight the real divide: between corporate leaders chasing short-term returns, and workers and activists who want a secure future and a liveable planet. Alliances between climate activists and trade unions can also help develop the case for redirected investment, and a real alternative: not just the same area with a smaller airport, but a stronger local economy, and a better future.

Building trust and close relationships with unions and workers will take time and energy. It will be your decision as an activist group, NGO or citizen initiative if this is the strategy you can pursue, and if you are the right group to do so. Another option is to identify other stakeholders – politicians, universities, local activists or other organisations – and ask them to lead this work to elaborate just transition plans with unions and workers. The guide aims to serve as a basis for your strategic decision. Even if your campaign focus might not be organising processes with unions and workers, the relationship is critical to bear in mind, and the guide can give you recommendations for your tactics and messaging.